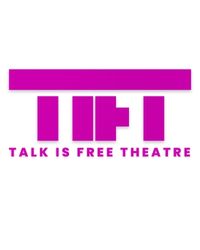 FREE ADMISSION POLICY A security charge of $0.01 CAD is required to validate booking. Patrons can cancel or reschedule up to 4 hours before the performance without charge. Please email admin@tift.ca to make any changes.

In the event a patron fails to cancel or make alternate changes and does not attend the performance, a $25.00 charge will be applied per ticket to the patron’s credit card. This charge will be used as a donation to the theatre and a tax receipt will be issued.

Based on Mahagonny Songs, a series of five poems written by Brecht, Mahagonny-Songspiel is a small-scale scenic cantata created by two of the 20th century’s most accomplished and versatile creative minds. This ground-breaking collection of songs set in motion the long running relationship between Weill and Brecht whose collaborations would take Germany and the world by storm.